Being a project manager today is much different than it was a decade ago. Today, there needs to be a much higher level of reporting, efficiency, and accountability. Because, as previously mentioned, when projects fail, it can cost businesses an exuberant amount of money. To ensure that projects stay on track and that you don’t lose money, you should utilize task management apps. These task management apps can help you improve productivity, reduce stress, increase efficiency, monitor trends, and much more. Here are some of the best task management apps on the market:

Todoist is a great task management app to use because it’s so simple. This is a cloud-based app that syncs all your notes and tasks from one device to the other. Each day, you’re presented with a clear overview of everything on your plate. You can organize and prioritize your tasks and projects, so you’ll always know what’s due next and what’s coming up in the immediate future. Easily map out your projects and goals, highlight what’s important with color-coded priority levels (which helps to visually differentiate them), and delegate tasks to other people through a series of rich collaboration tools.

According to PC Mag, “Todoist is one of the most feature-rich task management apps.”

What makes Todoist particularly useful is that you’re able to see a high-level overview of progress through a series of charts and graphs. Set daily and weekly goals, and measure your progress through beautiful visualizations.

Another unique feature is the Karma report, which gives you a variety of information. For example, it lets you know when you’re focusing on too many tasks that aren’t of high importance, or which days of the week you tend to get the most done. Lastly, there’s a Chrome extension that makes it simple for you to manage all your tasks directly from your Chrome browser.

Trello is one of the more visual organizational tools on this list. Think of it like a Pinterest for all your personal and professional organizational needs. All of your lists are laid out horizontally across the page, giving you a bird’s eye view of all your projects. Each “list” is called a Card, and each Card can contain many different elements that flesh out the list, including images, attachments, colored labels, and much more. This is the perfect task management tool for people who tend to think visually, and don’t work as well with plain text.

The company is also very receptive to what its users want. In 2017, the company surpassed a milestone of 25 million user sign-ups, and celebrated by launching some features that those users wanted. This included a Trello desktop app, the ability to embed Cards and Boards into third-party programs, such as Dropbox, Confluence, Bitbucket, and Microsoft Teams, and the ability to attach prototypes to Trello cards as attachments.

Hubspot named Wunderlist as the the best to-do list app of 2017 and Apple named it “App of the Year” in 2016.  This app works on iPhone and Android devices, and can also be incorporated into your Chrome browser. It offers free and paid versions, with the Pro version being just $4.99 per month. It offers a great user experience and interface, and doesn’t get clunky–even when multiple people are in the same to-do list at once. For example, if two people were tackling a grocery list at once, you’d be able to easily see what the other person has put in the cart in real-time. It also integrates seamlessly with Slack, one of the best project management and work collaboration platforms on the market.

The app also has plenty of intuitive, smart features. With Smart Due Dates, users can use natural language to assign deadlines. For example, you can make a task due “tomorrow,” “next week,” or “in five days.” You can also use tags to prioritize items. As another example, some prioritization tasks might include the labels, Urgent, Priority, Medium Priority, and Low Priority.

According to Jason Franca, a professor at Montclair State University, Evernote is better than Google Docs for collaboration and boasts over 71 cool features. The entire goal of the app is to help you live and work smarter. With a premium account, users can utilize mobile offline notes, which allows them to access copy whether they have data connection or not. They can also capture and store business cards with the Evernote camera (which can automatically pull additional details from Linkedin), annotate PDFs, and contact support from directly within the app.

One of its cooler features is its fast image recognition, which allows users to look for text across their entire database–even if that text is an image. For instance, if a person took a picture of handwritten notes, Evernote would be able to scan the image, recognize the text, and display it in search results.

Remember the Milk is a popular app that works for many types of devices, following you wherever you go. The app’s catchphrase is, “The smart to-do app for busy people.” Unlike some other task management apps, this aims to be the cure-all for the everyday person–not just the business person. Simply create tasks, and break those tasks down to manageable subtasks. You can share portions of your lists with others, such as a grocery store list, and collaborate on completion. It also has a handy “Search Wizard” that allows users to find tasks that you’’ve assigned (since the beginning of time), and even save those searches as “Smart Lists.”For example, a “Smart List” might be search query that defines “tasks estimated to take less than 15 minutes” or “tasks with high priority that are due this week.” Lastly, for super productivity, connect it to other apps, like Gmail, Twitter, Calendar, and even other task management apps like Evernote. 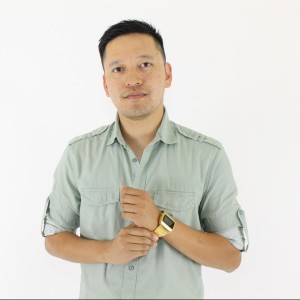 Tips for Adding Real Estate Videos to Your Website

Videos help website visitors digest and absorb information, and if a photo can tell a thousand words, a video says a million.  Today, videos are

How to Stay Disciplined When You Work From Home

Around the world, people are adjusting to the remote work lifestyle. For real estate agents, this responsibility is tenfold—not only are you responsible for working

How to Grow Your Email Subscribers With a Facebook Messenger Giveaway